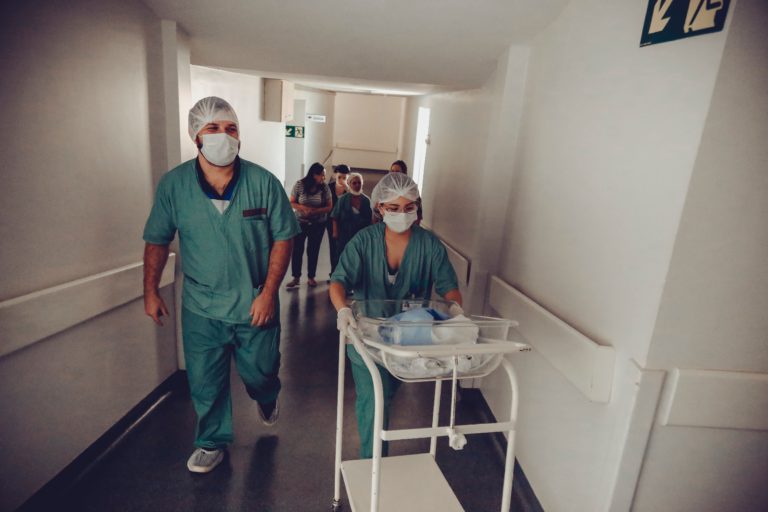 As Trends in the world of beauty have changed, now special attention is paid to the external appearance of a person and often exactly what he looks like, and speaks about his status, financial position, wealth and position in society. Therefore, if the social status changes, then the appearance should be appropriate. Plastic surgery, in general, has ceased to be a rarity, today anyone can correct imperfections of appearance, change and improve with the help of surgery. Still, many people found excited to know why cosmetic surgery is called plastic surgery? Let’s discuss in detail with this write up from origin to types of plastic surgeries:

Origin of the Term Plastic Surgery

The word by which the very phrase “plastic surgery” is formed, that is, “plastic” from Greek means “to melt” or “to cast a form” The term “plastic surgery” was introduced in 1798 by Desolt, and was widely used in 1893.

German doctor Carl Ferdinand von Graefe coined it in 1818 to describe the process of doctors who moulded or reshaped body tissues. That time it was not called familiar with the term plastic surgery, the first instance of it can be traced back to the year 2000 B.C. At that time, India people could have their nose cut off as punishment during an act of war or for the crime. Earlier surgeons reconstructed the nose by creating a wax replica and holding it in place with skin from the forehead or cheek.

There are two types of indications for plastic surgery:

Firstly, Plastic surgery in many ways helps to solve medical problems, and it also does it successfully. Many defects (both congenital and acquired) can be eliminated only with the help of a qualified plastic surgeon. Performing plastic surgery greatly improves the patient’s appearance and sometimes qualitatively changes his life (for example, elimination of lop-eared, nose surgery, breast reduction, etc.), and also eliminates some defects that affect the activity of individual organs (like displacement of the nasal septum impairs breathing and circulation and so on).

Aesthetic surgery, as a rule, is a personal initiative of a person to improve his appearance. Of course, there are cases of forced plastics (for example, the appearance of deformities due to accidents), but most often patients are simply unhappy with their natural appearance. In this case, with the help of plastic surgery, it is possible to acquire external harmony, and with it, harmony in the inner world.

Contraindications to any plastic surgery are:

Today, with the help of plastic surgery, you can correct any part of the body. Combined methods are also often used, i.e. during one operation, a series of corrective manipulations are carried out immediately.

Plastic surgery of the face and head:

The facelift is an exclusively aesthetic operation. Its goal is to rejuvenate the appearance, restore facial contours, eliminate wrinkles and folds, skin sagging Facial rejuvenation. Some Modern methods of facial plastic surgery included Age-related changes such as lowering the corners of the lips, the appearance of a second chin, ptosis of the lower part of the face or upper eyelid make the face much older. The operation to tighten the skin of the face and neck is performed under general anaesthesia and lasts four to five hours, depending on the front of work.

The postoperative period takes an average of about three weeks, of which the patient is under inpatient observation for the first two days. After four to five days the first dressing is performed, and on the seventh day, the sutures are removed. Edema after surgery subsides after two to three weeks. All face is restored within one and a half to two months.

During this period, any physical loads are contraindicated for the patient.

Since plastic surgery is not standing still and modern design are constantly conducted in this area in recent years, it became the particularly popular technique of endoscopic facelift. This type of operation involves a facelift through small incisions, which are located in the invisible to others areas. The operation is performed under general anaesthesia, but one to three hours. Small incisions are placed in the hairline or considering natural skin folds. Postoperative care after endoscopic facelift takes less time, and the result of the operation is more pronounced.

Rhinoplasty (rhinoplasty) – surgery to correct the external form of the nose. The essence of the plastic surgery of the nose is to change the osteocartilaginous structure of the nose or its parts in order to make the external nose more aesthetically pleasing. In most cases, operations are performed under general anaesthesia.

Postoperative scars are located inside the nose. A small outer scar is at the bottom of the nasal septum. After surgery, the patient is in the hospital for 2-3 days. Gypsum splint on the back of the nose is worn by the patient for 7-14 days.

Also, after the operation, small bruises on the back of the nose and eyelids are formed (it passes on its own in most patients within 10-14 days).

Duration – from 2 to 3 hours. The rehabilitation period does not exceed 10-12 days.

Usually, with the traditional method, a bikoronarny incision is made, which runs seven centimetres behind the hairline. It starts approximately at the top of the auricle and runs across the top of the forehead behind the contour of the hairline to the other ear. Through this incision, the surgeon redistributes the tissues of the forehead, changes and tightens the muscles of the frontal and supraorbital regions, removes excess fat, cuts off the necessary amount of skin in the upper region of the head, stitches, and metal clips are usually used for this. Endoscopic forehead and eyebrow lift performed through 2-3 incisions of no more than 1.5 cm in size, which are hidden in the scalp. Under the skin are introduced tools and a miniature video camera that sends an image to the monitor. The skin of the forehead exfoliates from the bone, is stretched and fixed in a new position. using special seams. Instead of removing part of the skin, it is redistributed. Internal fixation of the scalp replaces the movement of the skin back, performed with the traditional tightening, and, unlike the “open” method, the nerve endings, hair follicles, and blood vessels are injured much less. The use of endoscopic technology can also significantly reduce the duration of the operation.

The rehabilitation period is minimal. After lifting the forehead and eyebrows with an open method, it takes an average of 2-3 weeks, endoscopic – about one week. Postoperative swelling and bruising disappear after 2-3 weeks. And in a few months, the skin tissue normalizes completely.

Mentoplasty is a plastic surgery to eliminate defects of the chin: correction of the shape and size, shaping the proportions of the face. Depending on the type of operation, an incision is made when mentoplasty is either external – in the skin fold under the chin, or internal – on the inner side of the lower lip. Mentoplasty is divided into increasing and reducing operations. The operation to correct the shape of the chin is usually performed under local anaesthesia and is a low-impact surgical intervention.

After surgical correction for 3-4 days, the patient may feel discomfort, minor pain. Swelling and soreness will pass in 14-16 days. You can start work within a week after surgery. The final result can be assessed only after 1-3 months.